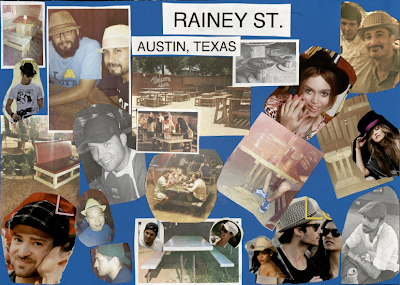 A relaxed, casual environment that is primarily outdoor dominates the bars on Rainey Street. To represent the culture of the street, I have juxtaposed hats and seating. Hats appear to be part of the fashion on Rainey Streeet, as patrons relax with friends on picnic tables and walk throughout the streets during social outings in downtown Austin.